Blackmail, treachery, and espionage have been staples of war since combatants had secrets worth keeping.  Ephialtes of Trachis, Giacomo Casanova, Benedict Arnold, Mata Hari, The Rosenbergs, Aldrich Ames, The Cambridge Five, and the SAS are just a few of many that practiced the subversive arts. The fascination with spies, their gear, and their craft creates constant demand for figures like James Bond and Jason Bourne. Authors Ian Fleming and Robert Ludlum saw Bond and Bourne serialized into major box office hits spanning decades and generations. Board and miniature gaming too is not immune to the charm of spies, both real and imagined. Let’s have a peek at what the International Spy Museum in Washington D.C. has to offer fans of the spy genre.

The entire three floors of the museum completely immerses you in the spy theme. 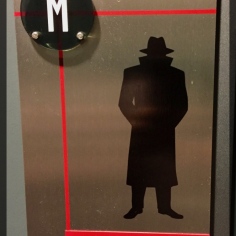 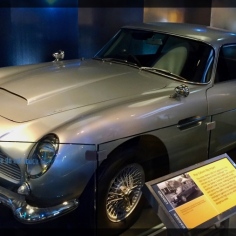 From some training in spycraft the museum then takes you through WWII era spy gear. In the era of film photography the ingenuity and technology behind the spyware is amazing. 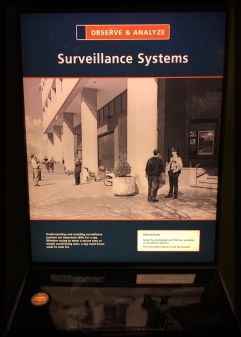 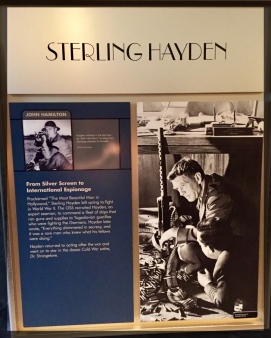 Your Mail is Not Safe

The Cold War era spygear exhibit does a great job of relaying the paranoia and distrust that permeated much of the Cold War. The importance of espionage and counter-espionage is driven home time and again. Spies infiltrated all the way to top levels of the military and government. During the Cold War nuclear arms race security leaks were not just embarrassing, they could be deadly and tip the balance of power.

Recorder Used by the Stasi 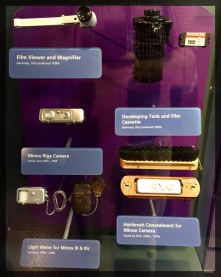 Developing and Tools for the Minox 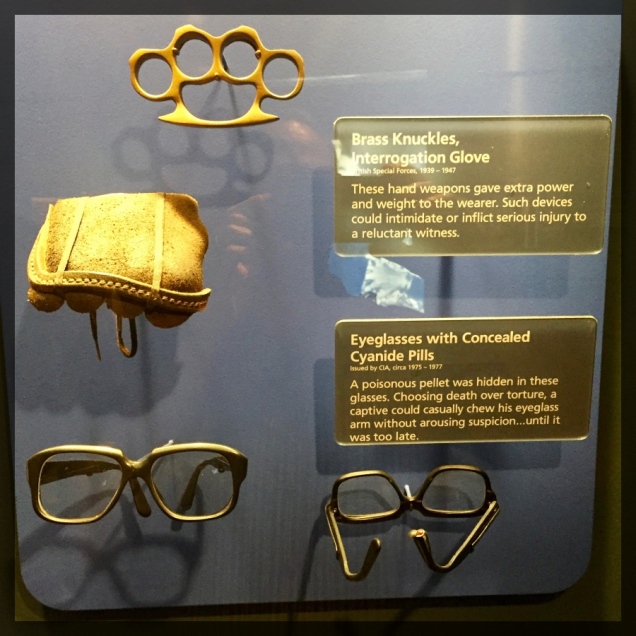 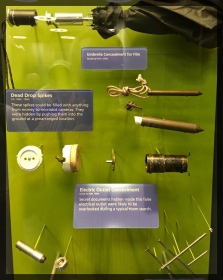 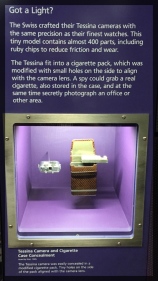 Infamous spies were recruited in the 1930s and spied for the KGB throughout WWII and the Cold War. Recent declassified documents indicate the KGB found many of their British and American assets, “constantly drunk.” The life of a spy was not an easy one but stress and booze didn’t stop them from giving 389 top secret documents to the KGB in the first six months of 1945 alone with many more secrets divulged in the post-WWII era and the Cold War itself. 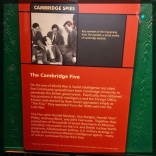 They Were All Boozy 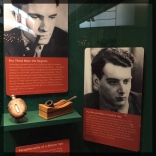 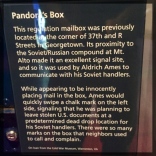 For those of you with a fascination for the Cold War there are a number of great games that capture the tension, paranoia, and double-dealing of the era. Before we move on to the Villains of James Bond section of the Spy Museum, here’s a suggestion.

Cold War: CIA Vs. KGB (2007, BGG: 6.4)  This 30 minute, two-person game pits players against each other as handlers of a stable of CIA or KGB agents. Essentially, it’s a great twist on Blackjack. Each of the objective cards has a different threshold value that you try to hit or come closer to than your rival. There’s a max number of cards you can play on the objective. Go over and you destabilize the region and lose that round. Win and take the objective and the number of points it’s worth. First to 100 points wins. 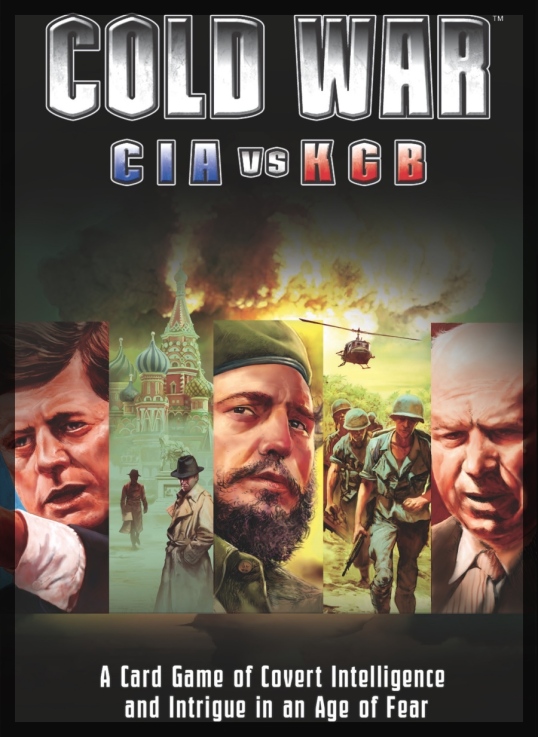 All 6 Russian agents, ready for skullduggery.

Panama Objective: 5 card limit, 9 threshold, worth 15 points to the winner. Money then military are the tie breaking suits.

Each round you’ll see the objective and then secretly assign one of your six agents to the job. One agent will assassinate the enemy agent if you win the hand while another will allow you to win only if you ‘lose’ the round. You then blindly topdeck one of four card types (like suits, numbered 1 to 6) which give you your score and both break ties and have special abilities. Around this simple Blackjack mechanic is a tense game of bluffing and trickery that elevates the game and drips with Cold War theme. At $15 CAD it is highly recommended and very addictive. See also Twilight Struggle available as both a board and tablet game if you want something heavier that more fully explores the history and tension of the Cold War.

The “50 years of Bond Villains” exhibit is a real celebration of the book and movie franchise.

There are also plenty of movie props that go beyond the villain theme, including the legendary Aston Martin which is automated to show off Q’s contraptions by rolling out headlight machine guns and bullet-proof pop-up shields at regular intervals. 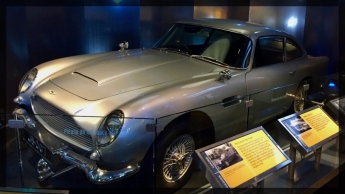 Mouse over the pics below for captions and the details 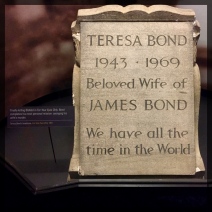 Headstone prop from On Her Majesty’s Secret Service 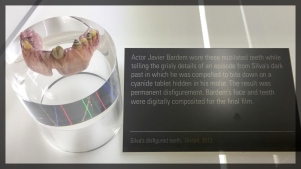 Specter Paper Work, All in Order

…sucks to be Bond! 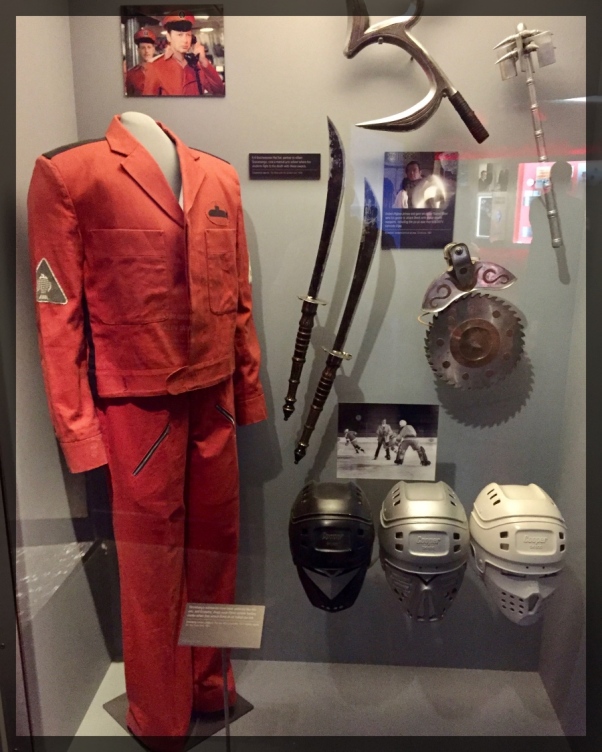 From Die Another Day, forgettable…

The International Spy Museum has a lot of competition for your time and money in Washington. The Smithsonian suite of museums is 15 minutes walk away, free to enter, and each museum is absolutely spectacular. More on the Smithsonian Space and Aviation Museum in a future post.

The Spy Museum, however, is well worth the investment of time and effort if you’ve got even a passing interest in the subject matter.

← ﻿The Chicago Way Scenarios: Double Shot
Ottawa ComicCon 2017: Worth the Price of Admission? →