Ottawa ComicCon 2017: Worth the Price of Admission?

Ottawa ComicCon 2017. Was it worth the price of admission? See the costumes and swag right here and decide for yourself.

You don’t need a Tardis to fit a 3 hour game into a 40 minute lunch break. 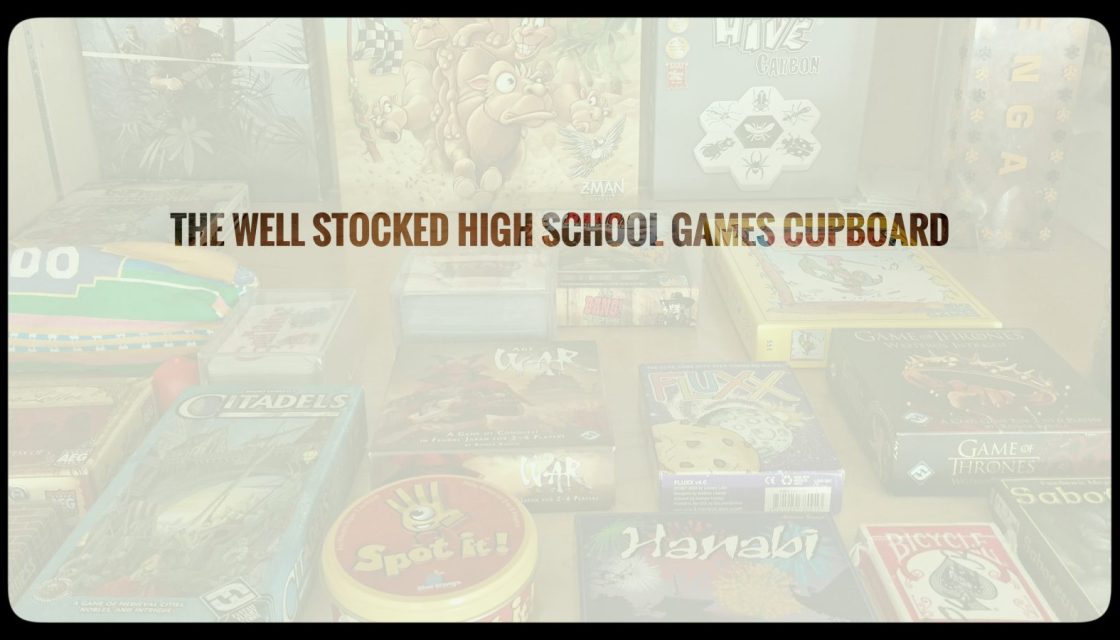 How to put the “Games” in “Games and Chess Club” and broaden the membership base.

How to Build a Successful Games Club: High School and Youth Edition, Part 1

This year marks the 15th anniversary of the “Games and Chess Club” at my school.  I started with 3 grade nine boys doing chess problems on an old board once a week and now have an average of 15 kids a session, two lunch hours a week with over 30 games: just about everything that’s appropriate for school consumption, from Avalon to Zombie Dice.  The majority remain boys but every game day we get students from grades 9 through 12 with a nice cadre of girls as well.  From the back 40 in… Read More